So why does standpoint matter?

Education is the whole of life of a community, and the experience of its members learning to live this life, from the standpoint of a specific end goal.

Some readers will be saying, "At last he's got to worldview". And yes, I have to some extent, but in my book I try to challenge some inherent problems I have when Christians say things like, "Worldview is the key". Or perhaps, "Christian education needs to challenge young people about the values they hold, or display in their lives". Then  again, others might say "I think we need to train our students in basic Christian virtues". Such arguments assume that each in their own way will help us to define an education that is authentic and which we can call 'Christian'.

While I want to affirm that worldview, values and human virtues are important, and related to what we call might Christian education, none of them are in my view the defining keys to authentic Christian education. I argue throughout my book that it is within varied communities of practice that habits, views, priorities and hopes are defined. In short, what our students come to value most is largely defined by their goals, hopes - and as James Smith argues - loves. It is within these broad categories that we will find the foundation of the standpoint from which they sift and sort their lives. It is here that the priorities, views and yes, even values, of their world are shaped. 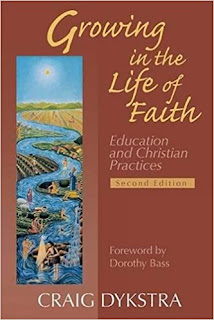 Craig Dykstra in his book 'Growing in the Life of Faith' helps us here, as he writes:

"Beneath the level of norms, roles, institutional structures, rituals, stories, and symbols lies the level of our fundamental communal intentions toward one another and the world, which govern how we live in our roles and rituals and by means of which we apprehend the mystery of our existence."

Our children are immersed in a web of relationships and simultaneously are members of varied communities of practice. These include some that exist at school, which might cut across classes, year levels, interest groups, social and friendship groups. As well, they might be face-to-face, or virtual, being sustained by social media and constant virtual communication. Our students move in and out of these groups on almost minute to minute basis. What teachers observe and the way they engage with their students, offers access only to the veritable tip of the iceberg of the communities of practice that our students inhabit.

Against social a complex social existence, the task of the teacher in trying to influence the 'standpoint' from which our students view the world is a very difficult one.

What I suggest in 'Pedagogy and Education for Life' is that the key in having any impact on our students world is the extent to which we are:
As Bourdieu taught us, within all communities, over time, all members develop specific habits, dispositions, actions, preferences and beliefs. All of these become embodied in the life of a community like a classroom.

If you are a teacher or parent try to estimate how many networks or relationships your children are engaged in each day. Then ask yourself these questions:

1. In how many would I see myself as a member?
2. In ways, and through what avenues, do members reinforce belonging?
3. Are there specific behaviours that members demonstrate?
4. Are you aware of any views of the world that they might value, demonstrate, reinforce?
5. What are the things that sustain group coherence and purpose?

I will return to this topic in a future post.

Posted by Trevor Cairney at 20:28 No comments:

The Power of Story

As an adult, I can never remember being read to as a child. Books were not a big part of our family life. But as I grew older, and particularly when I trained to become a teacher, I began to appreciate the importance of literature in the lives of the young. Later, as an academic, I began to research story and I became a passionate advocate for children's literature. I would often say in talks about children's literature that I hadn't lived in a home rich in literature. But over time, I began to realize that while books were not read to me as a child, and literature had not been prominent in my early life, that story DID play a large part in my childhood. How could this be so?

First, because my home was filled with music, song and my father's personal anecdotes of life in Scotland. My father's stories often focused on family hardship, and later in Australia, the struggles of an immigrant family and a lifetime of battles as a trade union leader against the power of big business. Both my parents were also musicians and entertainers, and my mother and sister were both gifted singers. Music, in a sense, was another form of storytelling that also filled our home. Second, my grandfather, with whom I spent all my school holidays, loved literature, particularly poetry, and was constantly quoting and reciting it. He would also constantly quote the Bible as part of daily life.

What I was to realize many years later, was that story had indeed been central to my life. Not from books, but as oral stories in varied forms. Story in all of its forms has the power to challenge, to move us emotionally, and to cause us to reflect on life in all its dimensions. It also has the potential to move us to seek hope as we deal with all of life as we experience life's emotions, including love, hate, fear, confidence, chaos, uncertainty, weakness, strength, success, and failure. Story is an important influence on what we come to love and desire, it follows that it is potentially formative for our attitude toward the ultimate object of love—the God of the universe—who the Bible teaches has made us for a future kingdom and an everlasting hope and glory centred on him.

In my book 'Pedagogy and Education for Life', I devote a chapter to storytelling and in it write:

The significance of story for teaching should be obvious. It operates at multiple levels in the life of the school. At one level, students learn about the world through story. But at a deeper level they begin to imagine their own futures, their deepest desires, and the good life which they seek. As well, story is experienced in many forms: written, spoken, sung, viewed, heard, and experienced. In our world, we can be confronted and moved by books, advertising, movies, and music. This of course occurs in the 'everydayness' of life, whether at school, work, home, or in the world at large. 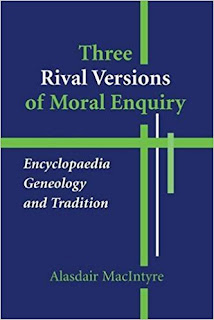 James K. A. Smith in his book 'Desiring the Kingdom: Worship, Worldview, and Cultural Formation', argues that we are embodied creatures who absorb the stories of life, and engage in rituals and cultural practices that shape our desires and our vision of the good life. The stories that are part of our experience shape our vision of the good life, give focus to our desires, and direction to our lives.

But we don't just enjoy and absorb stories, we create them and share them as a central part of life. As Alasdair MacIntyre, suggests in his book 'After Virtue' we are storytelling creatures:

“Man [sic] is in his actions and practices, as well as in his fictions, essentially a story-telling animal.”

Humans frequently think in narrative, pass on personal histories, envision the future and speak of the present often through story. But there's more! Our stories have a relationship to the stories of other people, and also the central salvation narrative of the Bible. MacIntyre suggests in 'Three Rival Versions of Moral Enquiry' that 'The story of oneself is embedded in the history of the world, an overall narrative within which all other narratives find their place'. J.R. Tolkien suggested something similar when he challenged C.S. Lewis to consider the Christian faith.

It has become obvious to me over time, that my personal life story has a relationship to all other stories that I have experienced in life. This too is the experience of our children. Teachers need to understand this, for it has significant consequences for the view of the world they are forming each day, and even more important than this, their view of their potential future. For much of the life of school, teachers have little connection to the stories that are shaping the lives of our young people. One of the great challenges that we face is how to address this disconnection between adults and the private narrative worlds of our students.

Being participants in the storied lives that our children live each day, is a major challenge for parents and teachers. In 'Pedagogy and Education for Life' I argue that we need to strive to help our children connect their lives to the Bible's central narrative. That is:

In the beginning, God created . . . and it was good. But sin entered the world, man rebelled against Him, and so God placed a curse upon his creation that one day would end in judgment. But God always had a plan to respond to such rebellion, a plan of redemption motivated by love, an amazing gift and act of grace: sending his own Son to die, and then three days later to be raised from the dead to defeat sin and death, and one day to return to judge the living and the dead. This is how the Bible outlines God's plan to provide a way for his creation to be restored to a rightful relationship with him.

Stories can be used by God as part of his general revelation and common grace to us, both to enrich our imagined and hoped-for view of the good life, and in the process draw attention to aspects of the human condition.

To be human is to understand our God-given desire to know our purpose in life and to seek fulfillment in the “hoped for,” the ultimate quest of each life. In life, we are immersed within an intertextual cacophony of stories that shape and influence the things we desire. From these stories, we read various representations of the future, and alternative visions of what Aristotle first called 'human flourishing. (Cairney, In press, 'Pedagogy and Education for Life').

Finally, stories can bring into focus truth, beauty, and goodness, as well as human virtues that reflect the grace and providence of God. Teachers need to constantly ask themselves, how do I share and position classroom life in such a way, that ultimately, the stories that our students hear, share and are influenced by, have a connection to the central narrative of the Gospel of Christ?

NEXT Post - Worldview, Virtues and Values
Posted by Trevor Cairney at 02:56 No comments: