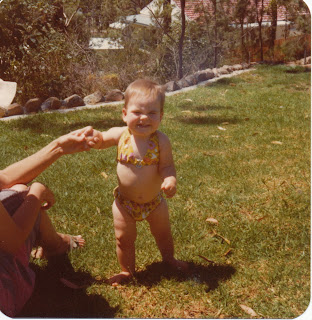 I often hear parents make statements like: "I just want my children to grow up to be the person they want to be." This seems a rather risky approach to parenting. From birth, parents of all faiths and none, are trying to 'shape' or 'form' their children in specific ways. Some may deny this, but it is true.

While this is all within an envelope of love and devotion for most parents, there is a very practical component to parenting. Being a good parent requires you to teach your children many things. It begins early with language and practical skills like sitting unaided, crawling and eventually walking.

All seemingly natural processes. But in reality, parents coax and assist as children take risks and take on new challenges. The popular term for this adult support is 'Scaffolding' (a term from Russian pyschologist Lev Vygotsky). In this way, parents and teachers help children to do things with our assistance that they cannot do alone. The picture opposite of my wife helping our daughter to walk aged about 12 months is an example. 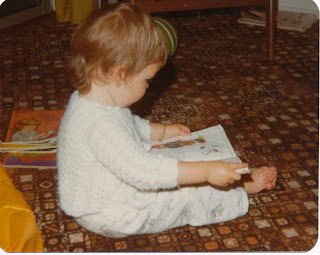 However, as children grow physically and intellectually, there comes a point (or more likely many points) where children challenge the 'authority' of parents to 'help'. "No!" Or, "I do it this way Daddy" should be familiar to any parent. Later, the Tween or teenager will simply think they (or their friends) know better.

How parents deal with growing independence is one of the great challenges and skills of parenting. Children fairly quickly learn that parents have expectations and try to place limits on their behaviour. In response, they begin to test the boundaries, to see what they can get away with. Increasingly, as children enter school and spend more time away from parents, they need to make judgements about how they act, what they believe, and how to judge right and wrong - without you being present! This is a hard time for most Christian parents.

How do we deal with this emerging independence? What's more, how does a teacher deal with this within their classes? What beliefs, values, ideas and teachings do we privilege? There are many responses from parents and teachers that range from a 'hands off' response that allows great freedom for children to work things out themselves, to more extreme forms of indoctrination. Christian schools face this dilemma each day. In fact, even non-Christian schools face this dilemma, even though few recognise it.

Elmer Thiessen in his book 'Teaching for Commitment' has some helpful comments on the difference between open-mindedness and indoctrination, that are helpful for dealing with the tension between freedom and control by parents and teachers. Thiessen argues that to be open to the ideas of others is a good thing, and that in fact, “open-mindedness is closely related to critical thinking.”

In drawing from the work of Socrates’s famous statement that “the unexamined life is not worth living,” Thiessen suggests that “open-mindedness" is helpful and simply means being open to critical reflection concerning our beliefs as parents, teachers and children, and the beliefs of other people.

Thiessen reminds us that simply presenting Christian truth in an authoritative way “will of necessity discourage critical openness.” However, Thiessen suggests that if "critical openness" is promoted in our schools, then claims of indoctrination have no grounds. Conversely, if schools fail to allow open discussion of alternative views off the world, we may well be shuffling towards a stance of indoctrination. 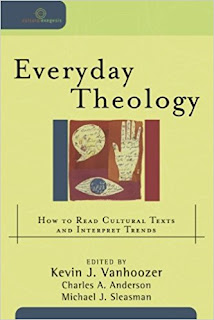 One of the great dangers in Christian schools, is the temptation to wage a war against cultural practices that are seen as inconsistent with the faith. Faith though is not simply a set of practices, a specific set of values, or even a tightly defined worldview. Rather, our faith reflects “an integrated pattern of human knowledge, belief, and behavior.” How the life of the school mirrors this is of critical importance.

How the school manages and constructs the life of the school community and its interaction with and relationship to other diverse communities and sub-communities, as well as their culture and practices, is critical to student formation. As I have written elsewhere in 'Portraits of Literacy Across Families, Communities & Schools', “to be a teacher or a pupil in any school demands specific ways of using language, behaving, interacting, and adherence to sets of values, attitudes” and beliefs. Linguist James Gee argued in 'Social Linguistics and Literacies', schools engage in “particular” discourses. This concept of course has resonance with Etienne Wenger’s concept of “communities of practice.” Gee describes discourses as “ways of behaving, interacting, valuing, thinking, believing, speaking, and often reading and writing that are accepted as instantiations of particular roles (or “types” of people) by specific groups or people.” 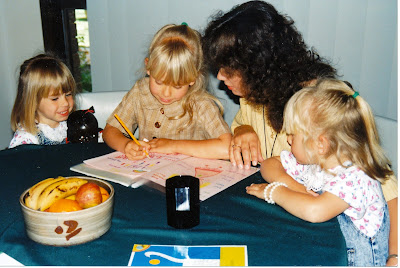 The original foundational aim of Christian education, was always the quest to introduce children to the Christian faith. But the greatest challenge for Christian schools is how they present the message of Christianity. For the teacher, the even greater challenge is how do they penetrate the numerous communities of practice where the views and prejudices of every teenager grows. I will have more to say about this in my next post.

Posted by Trevor Cairney at 21:15 No comments: