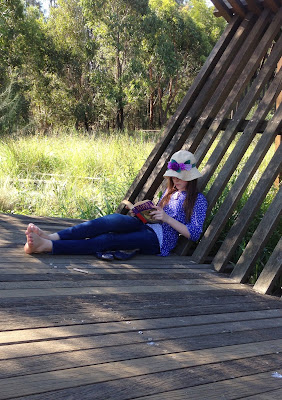 Teachers often speak of the importance of imagination as the foundation of creative activities, but how often do we consider the vital part it plays in wider learning, life and faith? I want to suggest that imagination is central to life, and is used by God as he draws us to himself. It is within communities of interest and practice, that our view of the world, and our place within these multiple communities, are shaped. James Smith has argued, that as we live with other people, our views, aspirations, goals, hopes and identities are influenced and changed. Our imaginations are implicated in much of the activities of life.[1]

The Apostle Paul understood that because of this, our imaginations need to be ‘captured’. As the early church emerged and people from varied backgrounds came together, they brought varied stories from the past and hopes for their futures. In Ephesians 2 we read how Paul challenged this new community of believers to grasp that they were no longer bound by their past, and hence he gave them a vision for their future. He reminded them that because of Christ we are “… no longer foreigners and strangers, but fellow citizens with God’s and also members of his household” (Eph 2.19). They were to seek transformed lives within a community where there was no longer Jew nor Greek, slave nor free. Jew and Gentile alike, needed to be able to imagine a new future, a new identity and a new world.

In his letter to the church in Rome (Romans 6:11-13), Paul also reminded his readers that they could experience a new unity and standing before God, not shaped by their past, but by their hoped for future. This required them to seek and know God and embrace membership of God’s kingdom. This was not simply a cerebral assent of the mind, it involved them reimagining their futures.

In their helpful book, Veith and Ristuccia[2] suggest that imagination expressed within community is an important way that God transforms us. As we express, test and consider our imaginings with others, we are transformed and so are they. As our students share their lives, and as they imagine their futures, they are influenced and changed. Our imagined, as well as our reasoned discussions of God and his word, rarely do as well in isolation. Journeys towards faith are generally community projects.[3] God redeems our imaginations as well as our minds and wills. Like us, our students flourish in relationship to other people who they not only know, but who they trust.

The teacher must grapple with the reality that in the mainstream activities of classroom life, there may well be little that binds members together; little shared concern, or even common hopes for the future. If our classroom activities fail to engage the imaginations of our students, they will exercise these in pursuing other activities, goals, hopes and dreams.[4]

Maurice Friedman suggests that “ … the true teacher is not one who pours information into student’s head as through a funnel – the old-fashioned ‘disciplined’ approach – or the one who regards all potentialities as already existing within the student and needing to be pumped up – the newer ‘progressive’ approach. It is the one who fosters genuine mutual contact and mutual trust. “[5] 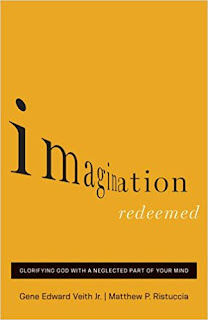 The key to reducing the generational distance between teacher and child, and to establishing classrooms and schools as communities that are transformative and allow ‘space’ for the ‘imagination’, would seem to be a better means to developing understanding of one another.

How is this discussion of dialogue, and relational communities connected to imagination? Imagination is a foundational part of how such communities are formed. Veith and Ristuccia, in their book 'Imagination Redeemed' suggest that "... human imagination is where a vision for life is set, where mind and heart and will converge."

Imagination is central to how our student minds are engaged, hopes are formed, aspirations are primed, friendships are conceived and supported. As students engage in the life of the school, and the communities of practice that they inhabit, imagination plays a key role in connecting who they are, who they wish to become, and what is critical to their sense of belonging. The role of the imagination in education, pedagogy and 'life' is a key component within my latest book - 'Pedagogy and Education for Life' - that will be released in March/April by Wipf & Stock.